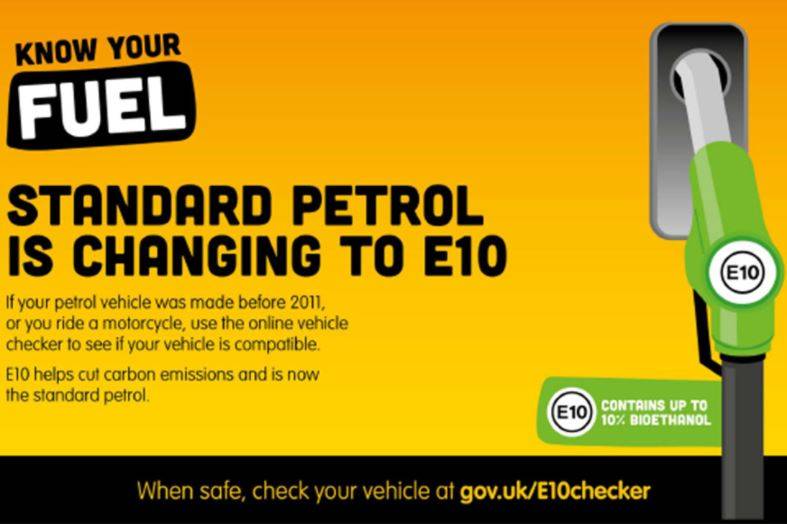 Some facts about the change from

This is a Department of Transport change in legislation. The transitional period is from 1st September 2021 and before 1st November 2021 the ethanol content in all 95 octane E5 unleaded fuels will increase to between 5.5% and 10%

Fuel Economy Using E10 unleaded fuel can slightly reduce fuel economy (the number of miles you are able to drive on a gallon of fuel) you may see a reduction of around 1%, but it is unlikely to be noticeable in everyday driving.

Vehicle compatibility Around 95% of petrol-powered vehicle on the road are compatible with E10 unleaded fuel.

What to do if your vehicle is not compatible with E10 unleaded fuel Simply fill up with E5 (99 octane unleaded fuel next time this is commonly known as super unleaded, which will also be known as ‘the protection grade’

Here are some, which may not be compatible with E10 unleaded fuel

* Some specific models, particularly those from early 2000s

* Some mopeds, particularly those with an engine size of 50cc or

If you are still unsure, please visit the government website on